Sifu Wayne Belonoha has just released a really awesome 9 Blu-Ray disk set on Ving Tsun Kung Fu. This set is the highest-quality production of any Wing Chun instructional video we’ve even seen (and we’ve seen over 700 to date!). Sifu Wayne is an excellent instructor and his Wing Chun University course is the best-selling Wing Chun video series of all time. So naturally we were very excited about his latest project. But since Sifu Wayne has 55 video lessons and 3 books already, we were also a bit curious about what this new DVD series would cover. So we sat down with Sifu Belonoha and picked his brain. This is what we learned:

The 9 Blu-ray Discs (BD) were painstakingly filmed and edited to professional standards, made up of over 4,000 unique clips, terminology, idioms, tenets, key concepts, summary dialogues, “Notes to Self”, over 100 different transitions, extremely funny gag graphics, and other artifacts. There is even a special “Easter egg” hidden in the Blu-ray disc set where sifu Wayne demonstrates the highest of skills.

There is no duplicate footage in the Blu-ray disc set – every explanation, demonstration, and detail is new. Changes in the way a subject is explained or new demonstration will surely help with your understanding.

Three years in the making, this Blu-ray disc set teaches each of the 108 steps in the system just as they are taught by Sifu Wayne in his schools. Each step is made up of 5 sections
– Teach / Demonstrate / Learn
– Common Mistakes
– Applications (street or chi sau)
– Drills / Follow Along / Demonstration
– Homework / Additional Reading 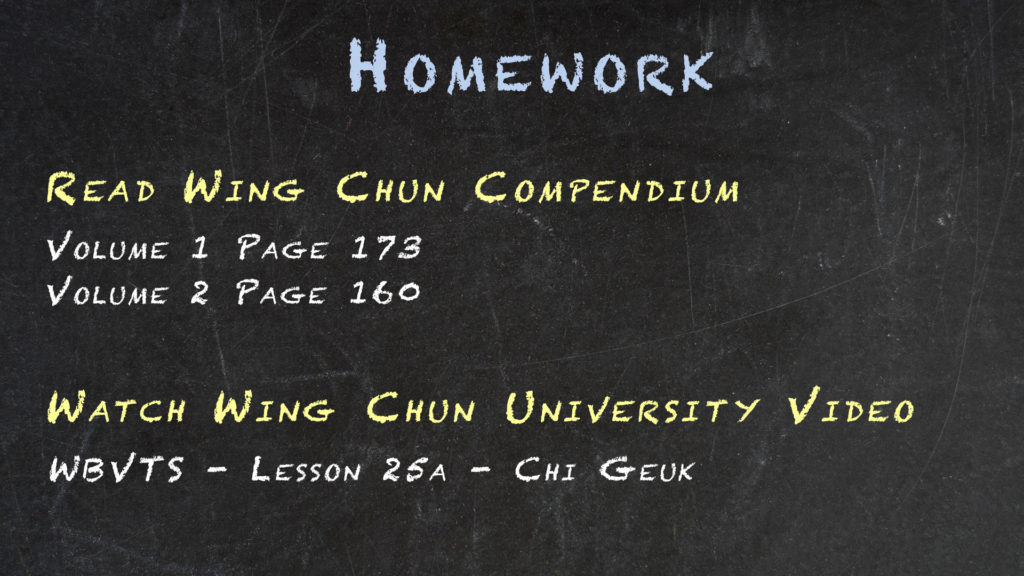 You will get Sifu Wayne’s entertaining brand of funny-because-it’s-not-funny humor alongside straight facts and intelligent, logical, clear explanations that you can actually understand and believe in. The explanations are clear and the demonstrations are done both slowly and at practical speed. If you want to learn, you’re in the right place – skill is knowledge applied, if you want the skill you need the knowledge. The Blu-ray discs follow the known principles of Wing Chun, so our unbiased lessons will provide you with useful details regardless of what Wing Chun style you train. If you are looking for entertainment with speedy-flashy movement, drama, dragons/flames, cursing, simulated violence, or a style where every move is “extreme” – well, they don’t do that. Learning and entertainment are different.

Each step also uses a unique “Reality Score” system which will let you know how close this drill aligns with the final goal of using it on the street. The score is based on a formula of precision, sensitivity, environmental stability, and drill complexity. As the simple, uncomplicated, discrete skills you learn integrate into each other and are performed with greater accuracy in a more challenging and dynamic environment the “Reality Score” goes up. The scale goes from 0% which is part practice of key skills or elements of a larger technique where focus is on skill development to 100% where all the compound skills needed for fighting against a trained and uncooperative opponent are practiced. 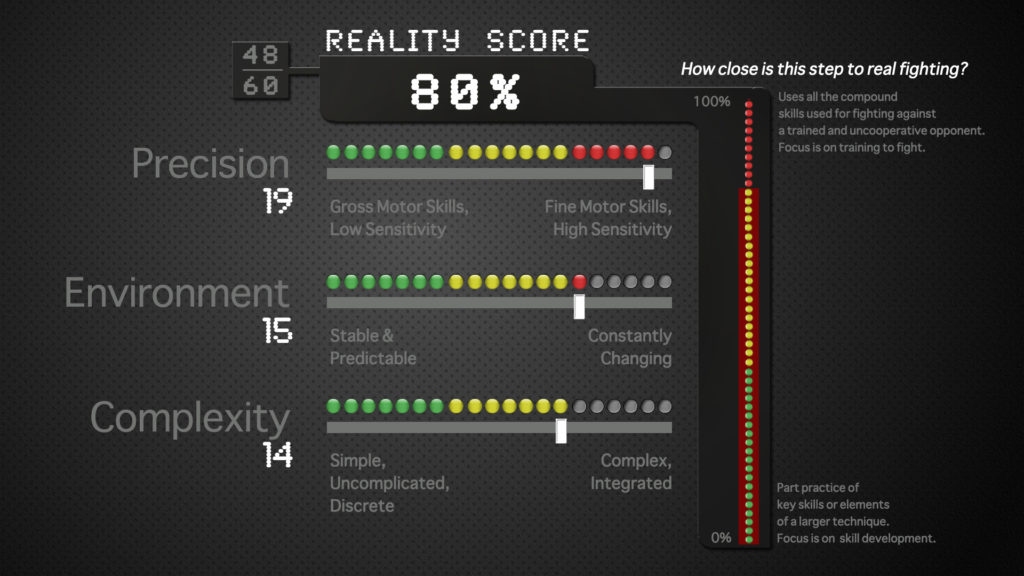 In his school, Sifu Wayne’s open classes are essentially a “coached practice” session – where students work together on the skills that need developing and Sifu Wayne gives subtle corrections or details or perspectives to help with understanding and progress. When a student’s skills have developed to a point where they can be combined or where they can support another piece, that new piece – the next step in the curriculum – is taught. When he teaches that new step, it includes the 5 sections shown above – the 4 or 5 key points, mistakes to watch out for, a demonstration and the associated drills, how the technique is used, and homework. So, in order to make sure you (the viewer) got the best learning experience, he took exactly what his students learn and put it on Blu-ray disc for you.

Too much information at the early stage of practice would leave students overwhelmed. He wants to give them (you) enough that they can learn by exploration and ask questions. As time goes on and they get better or get off track, he will offer those subtle corrections or details to keep them (you) going in the right direction or to clear up physical/mental roadblocks they might have.

So what about his complete Ving Tsun course on the WCU? The Wing Chun University (WCU) lessons take a fundamentally different approach. Instead of following the curriculum step by step, the videos give an “A-la-Carte” approach. You can choose a subject and follow that subject only from the beginning of the system through to the end. So you will get the initial teachings like in the Blu-ray disc but right after that, instead of showing the next step in the curriculum, the lessons might jump ahead to the next skill in that topic. For example, the WCU video on punching contains curriculum step 2 (basic punch mechanics), then skips steps 3-14 and jumps to step 15 (punching with explosive power), and then jumps again to step 18 (punching with full body integration).

The WCU is also continually growing and provides shorter supplementary videos which provides the answers to the questions you will have while training plus those subtle corrections or details or perspectives to help with understanding and progress.

And while the lessons on the Blu-ray disc also contain some of the supplementary materials, the Wing Chun University also has the flexibility to contain more detail about topics like philosophy, approach, strategy and mindset.

To summarize the differences.
The Blu-ray disc set is organized by step number whereas the WCU is organized by topic.
The Blu-ray disc set provides the key information necessary to learn, understand, train and improve a skill. The WCU provides the same key information plus the required details needed to support your continued growth over the years.

We hope you enjoy and learn a ton from this set of lessons. As usual, if you have any questions please don’t hesitate to contact Sifu Belonoha directly. Enjoy!

And while you are at it, check out the overview of series here: