This issue’s reviews are looking at Chi Sau from fundamental concepts, structures and actions to developing dynamic practices that become practical fighting techniques from the ground up.

In this offering, Sifu Fernandez of Wing Tchun Do, the viewing audience is invited to explore the presenter’s insights into the body mechanics and connective work employed when played in practice to heighten awareness of the body’s functions and the potentials that can be developed and unleashed. The digital download platform of this volume is in 1080p, providing a clear picture that provides a virtual attendance over the two-hour runtime that is segmented into three parts. 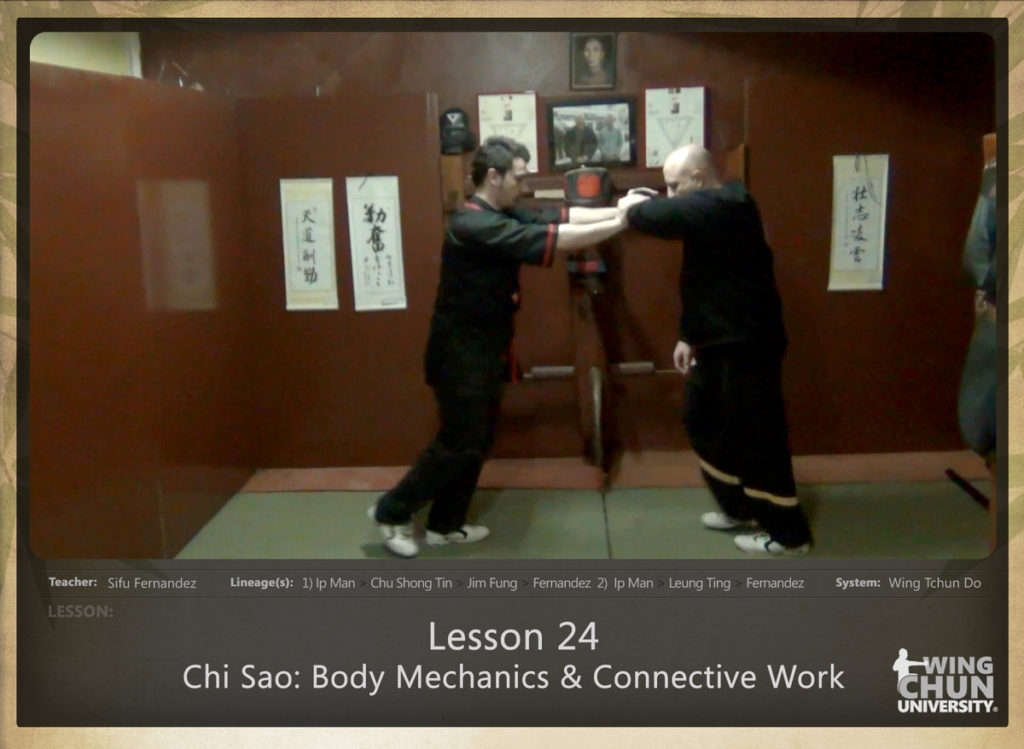 Sifu Fernandez presents this module in an effort to identify, understand, and develop one’s body mechanics from practice to combat, in order to address the simple question of, “How do you unlock the power within (one’s) body?” It starts from the ground up, as the system does, via the connection of the stance through to spine to limbs in establishing balance under pressure by managing incoming force with the involvement of a training partner; working the ability to both compress and absorb what’s incoming; and moving and releasing with the appropriate reaction time, all the while maintaining a calm and composed demeanour. The design of this series is that of pressuring drills, “To see if you’re keeping balance or falling”. Summarising that, the maintenance of the spine directed toward the stance and ground should allow one to keep their balance under great pressure.

From static and simple positions, the exercises evolve to activating the rotational properties of the waist and spine in order to isolate the particular properties garnered further by investing them into combative actions. Fundamentally, the majority of the demonstration is dedicated to cultivating properties that one may acknowledge are occurring within their Chi Sau and other drill training, but have not invested the time of isolating, comprehending, and employing them with a heightened degree of efficacy.

The supporting student and Sifu Fernandez immerse themselves into now engaging the covered elements of body mechanics and now activating them within Chi Sau engagements. Beginning from single-armed Chi Sau work, the audience then begins to witness those developed properties that provide one the ability to absorb, redirect, deflect and, ultimately, counter another’s balance and structure in order to effect a cohesive series of blocking and striking actions that channel the sum total of the body into one cohesive technique that compromises both the training partner and the would-be opponent.

Sifu Fernandez’s video covers a lot of ground and content within the subjects, body segments and their relative functions, articulately yet simply enough for the viewer to be able to understand it with an expanse of information that would see the aficionado reviewing points of interest repeatedly throughout any level of experience. Proving the tools for the practitioner to not only be able to connect to their opponent but, more importantly, connect to one’s self to deliver techniques that are channeled with the whole of the body as the technique instead of hands alone. 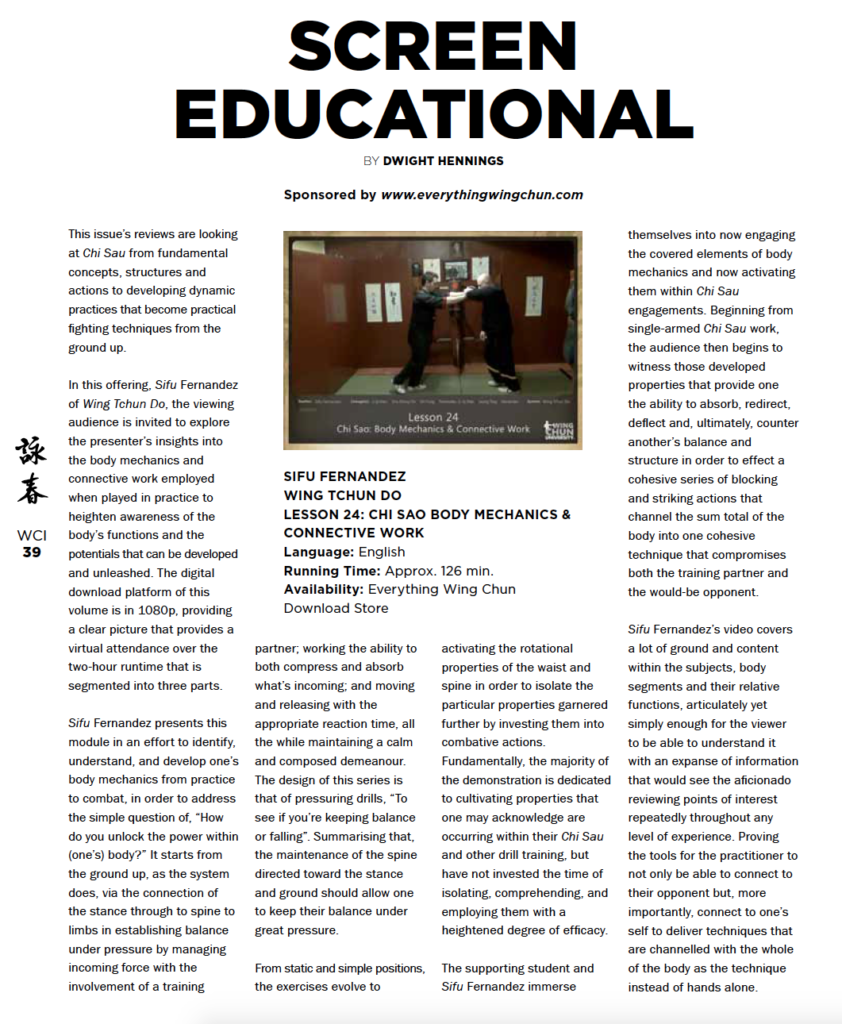