Fighting arts of all disciplines have their varying platforms upon which they pressure test the practices of techniques for efficacy. The most common amongst them are sparring. However, just “lacing them up and having a go” will not provide one with the analytical and strategic tools to hone one’s faculties from soft sparring to more intense exchanges not too far from the intensity of engaging a domestic or competitive opponent. Sifu Fernandez goes through varying stages of development, from contact range to disengaged fighting ranges, putting his system of Wing Tchun Do to work. 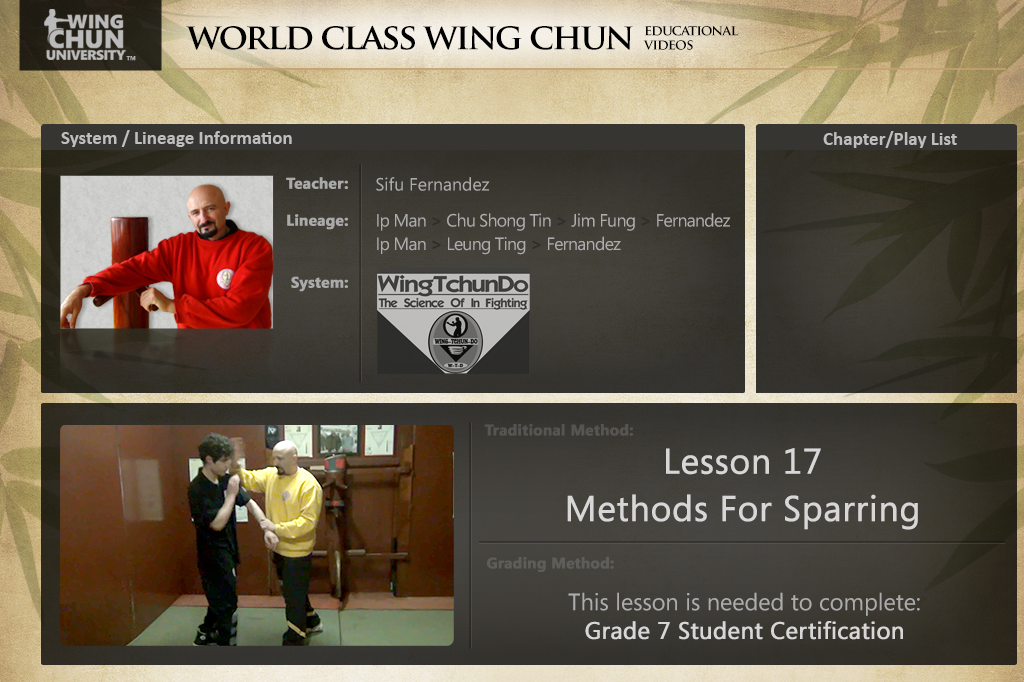 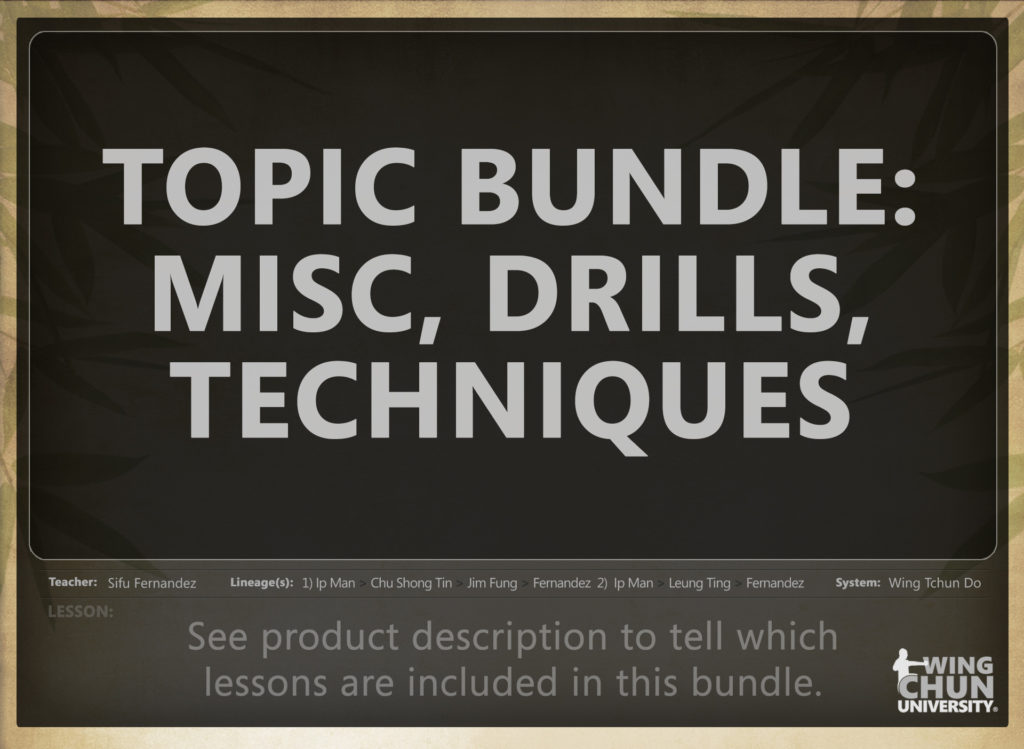 Setting the table as a platform that is, “a way to learn how (develop) a methodology to sparring”, opens Sifu Fernandez following a brief intro. The first range of engagement entertained within Lut Sau range in a Chi Sau style cycling drill addressing what he considers to be the most volatile range of engagement between both parties, where either can administer a severely damaging or devastating blow or combination of blows. The idea being to provide energies, “and stimulus that his reflexes can find their way through”. Several combinations of techniques with a variety of finishing actions move quickly through their presentation and practice within the opening minutes that will require the viewer to rewind and replay for dissecting and adopting what is being presented into one’s own routine.

Impact conditioning takes the next stage of development with introducing focus pads in play. A system of thrown punching combinations is launched at the receiving practitioner to manage the force behind standard upper and lower hook punches and uppercuts. The intended goal is absorbing and managing the energies behind the attacks, without succumbing to structural failure, first, in a predetermined pattern of attacks then moving on to a more “freestyle” mode to test the blocking prowess of the practitioner. Once those reactions have been developed, counter-striking is encouraged with the added variable of dealing with kicking.

Sifu Fernandez responsibly advocates safe training practices if one wishes to amplify their striking energies with the safety equipment and employing other training devices, such as a punching bag, heavy bag, and other implements to heighten conditioning and punching power, especially so when other striking methods of a variety of martial arts are introduced into the free sparring platform to recognise and develop a diverse array of reactionary counter actions to handle a variety of fighting arts.

The digital download medium has provided, not only a “watch anywhere” medium, but also an opportunity to add on content to existing instalments. Sifu Fernandez’s “Methods of Sparring” digital download’s original content includes an additional 42 minutes of runtime on top of the original two chapters of content, developing from fundamentals, to flow drills, to intense energy exchanges, to a livelier free sparring environment with control and confidence, conditioning the practitioner physically and mentally with the confidence to endure while striking and being struck. 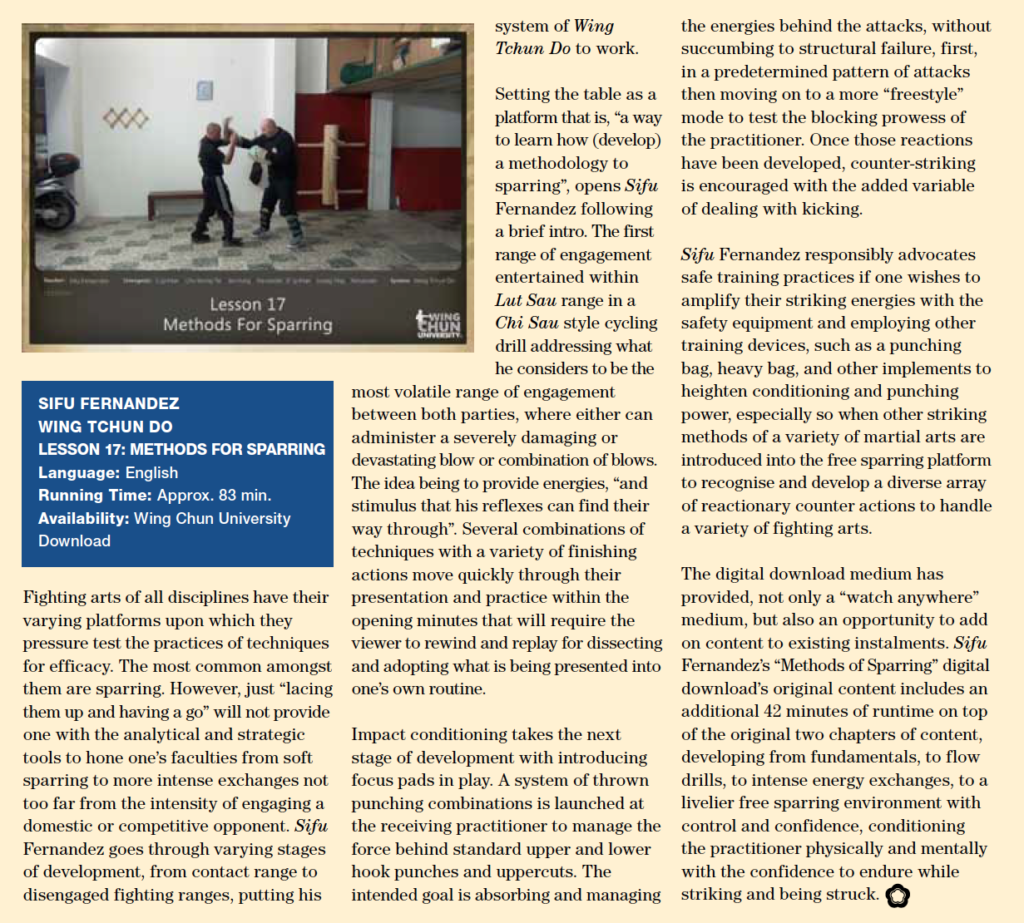