It has been mentioned before information exchange has provided a great platform to share content and information to the masses that, otherwise, shoeboxes and warehouses if it weren’t for digital media.

Reinforced by another release of the late Sifu Moy Yat, seen here in his later years, the fundamental ideas and activities of one aspect of Wing Chun footwork, Tsui Ma, is discussed, captured from what seems to be an exclusive audience in an intimate environment with just under an hour’s runtime. 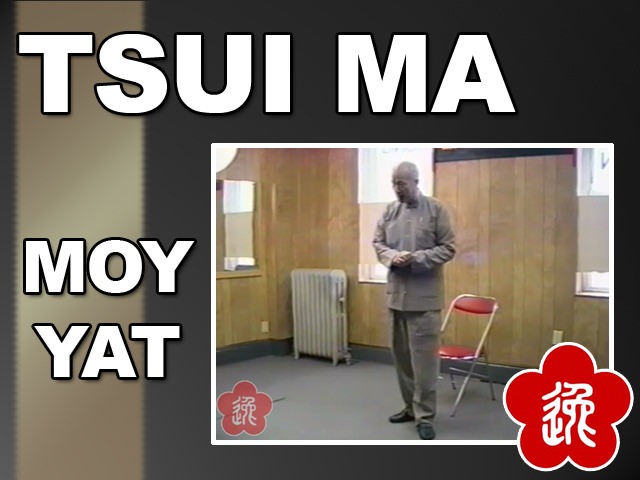 “Tsui Ma means Forced Horse”, are the opening statements delivered by Sifu Moy Yat, while sitting with the posture of a traditional patriarch amongst his clan. He further elaborates that the translation of “Horse” is relative to the posture one maintains while riding an equine, not seated, but stabilised by the legs against the body, knees bent, elevated above the saddle in stride, while maintaining balanced flexibility when in motion. He illustrates that, while structures of stances are practised in static positions, they must evolve to their practical applications while in motion, such as the case in practising Tsui Ma, to evade and control incoming force and attacks. This is further reinforced in a demonstration by the impassioned presenter as he sets to his feet to offer an example of the message.

“Tsui Ma allows you to move away and still balance your techniques well.” The seminar moves on to discuss the practice of learning to employ simple angles with training partners through Chi Sau, with the goals of developing a greater range of motion through the footwork with the appropriate hand techniques that complement it. The animated, esteemed late Sifu engages the audience with his personal demonstration before one of his instructors relieves him from his duties.

The hosting instructor spends the second half of the video delving into the finer points and ideas behind training and putting the key footwork method into play. He breaks down each involved component point-by-point on a whiteboard, with notation for visual reference, before inviting an attendee to aide in a demonstration to illustrate the how, what and why of Tsui Ma, when engaging in practice and/or a potential opponent. Flowing with the advances of attacking techniques to diffuse the force and maintain one’s balance and control is highlighted in a demonstration by two attendees.

For those interested in the theoretical and finer points of Moy Yat Wing Chun and the means of developing one’s footwork to an evolved understanding of application, this video is for you. Complete with the lineage’s patriarch sharing his insights into the activity, sowing the seeds for his followers. However, even with this digital transfer as a digital download, the integrity of the footage, and the source it was extracted from is that of a home video, rather than a seminar intended to be video documented for audience consumption. 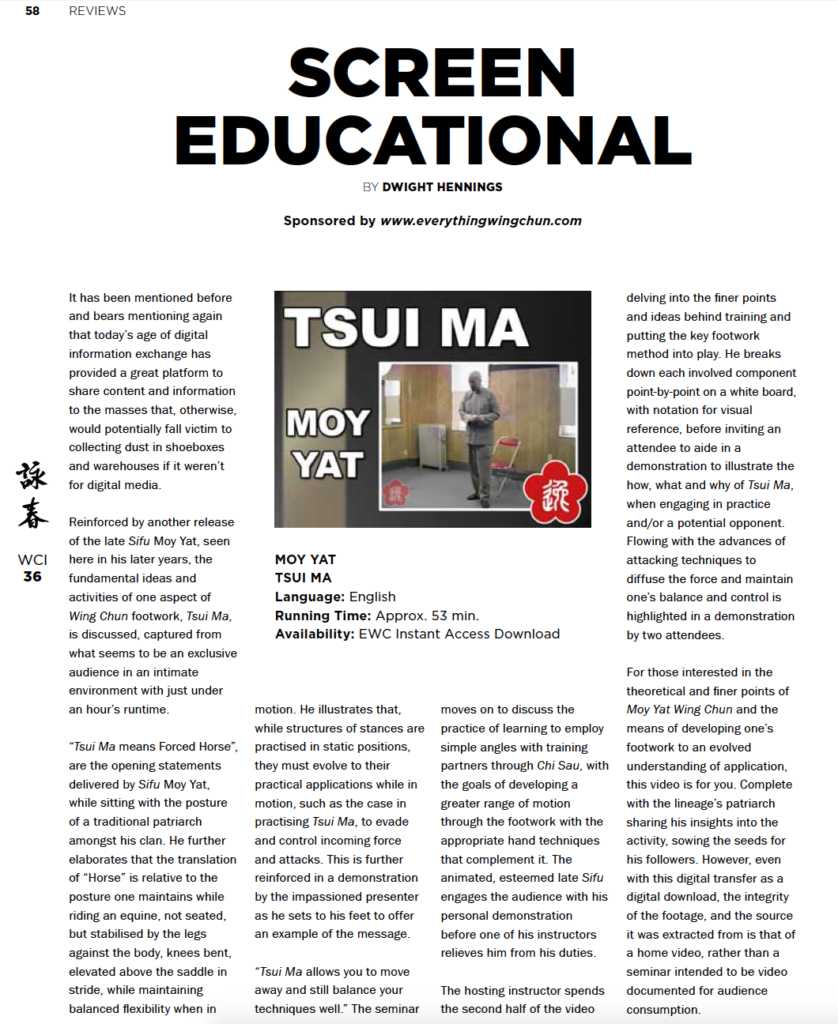