Wing Chun’s reputation is primarily recognised for its signature Vertical Fist, Chi Sau and Wooden Dummy training to develop attributes with lightning speed and accuracy, allowing the practitioner to effectively subdue an opponent quickly with an array of weapons delivered with both arms and legs.

Of less recognition are the weapons of the system that, for generations, maintained an air of mystique and exclusivity to the versed practitioner that only the most dedicated and skilled ones would have the opportunity to learn and train. In particular, the most attractive of the two weapons, Bot Jom Doh. Sifu Randy Williams goes into depth, with the history and facts, complete form, hand details, footwork, form orientation, and one-man drills, through six chapters of this instalment. 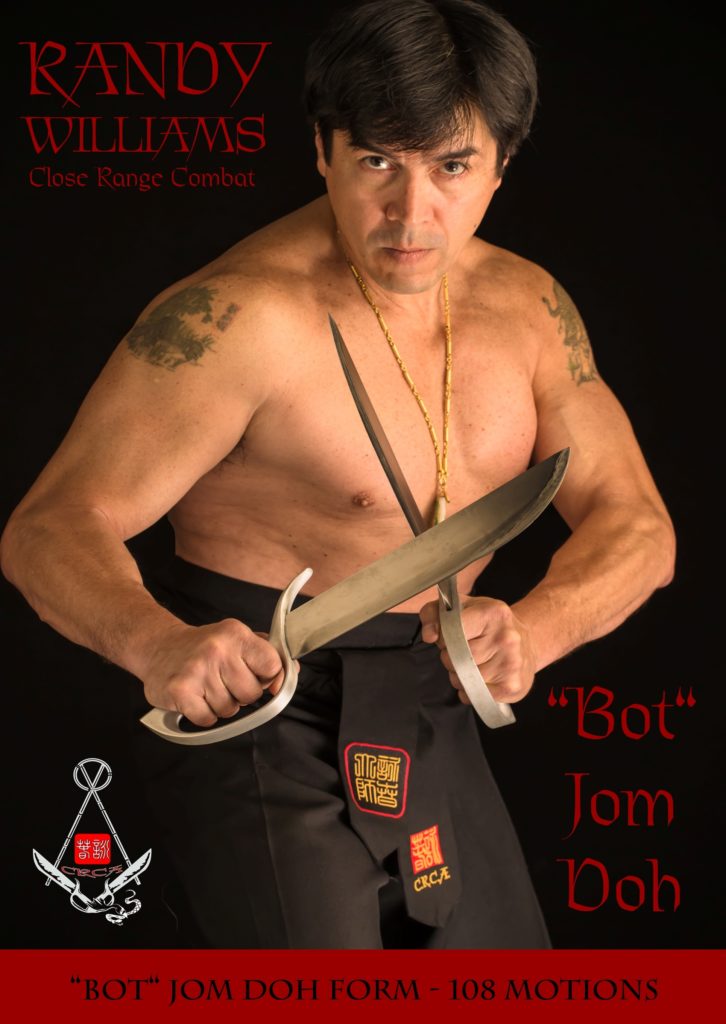 Sifu Randy briefly covers the historical context of the Bot Jom Doh as a traditional Wing Chun weapon and how it differs from the traditional Chinese butterfly knives, before moving into the live, outdoor environment where he and his demonstration partner slash through the form in truly explosive fashion. Shot in High Definition, the sequence and soundtrack will find viewers searching for the nearest objects they can wield in their hands, to work the angles alongside the energetic performance and music, before migrating back into the classroom environment for a step-by-step breakdown of the form in its entirety.

With handling protocols in place, the diligent explanation aspires that, “by the end of the day you’ll have the knives form as though you’ve been doing it all your life.” The first steps are taken by slowly kicking the form into gear, so as not to diminish the value of the smaller, less obvious movements that support the delivery of each technique. This is to maintain efficacy of application throughout the whole play of the movement, rather than being focused on the final, extended positions of the knives. Sifu Randy dedicates just short of an hour to work through the sequences with patient precision, which reflects the training time required to be invested into understanding, practising and employing the weapon’s potential. It is as if every minute covered should equal at least one hour’s worth of practice time needed to cultivate control and mechanical proficiency before one continues to drilling and application.

However, having the form in sequence is not enough to achieve a thorough level of skill. The sequences, techniques and terminologies imparted to the viewing audience then move on to the know-how of the subtle technicalities that further heighten one’s understanding of how to not only yield the metal implements but to also ensure that the “finer points” refine their handling for optimal results in movement, accuracy, and energy. This includes the supporting footwork and angles that bring that animation into live application.

Get a grip and handle on cutting through the value of what the Bot Jom Doh offers as a weapon of reverence that practitioners view with eager anticipation, slashing through what comprises the 108 movements; their angles, motions and ideas. 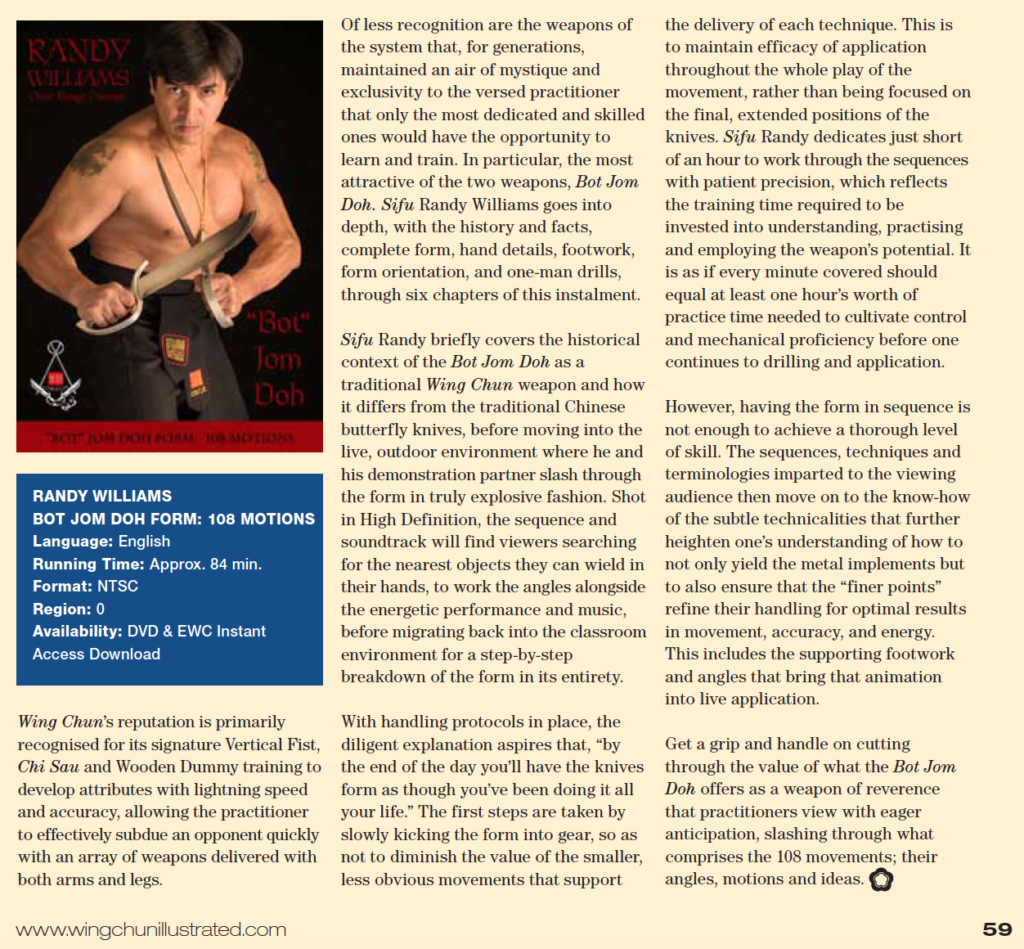