“What’s going on in a Wing Chun action is a variety of attributes (through) skills, concepts, and structural ideas,” opens Sifu Greg LeBlanc, in his first DVD release, which explores more than simply having an array of techniques in one’s repertoire, but to understand how to optimise the system’s offering to empower an individual of any skill level, body type, or experience level to be effective when employing oneself in practice and practical application. All fundamental elements that are required to become a proficient practitioner and/ or fighter are covered with incredible expertise and skill, hitting every target true through every minute comprising the 16 chapters of this production. 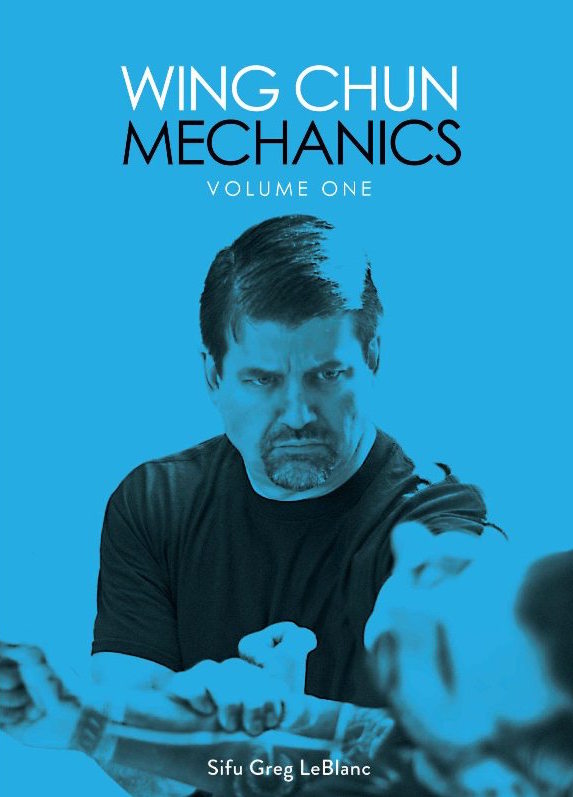 Setting himself apart from the traditional template of instructional videos of overview of the forms and their details, Sifu Greg sets the stage by establishing the, “Five Attributes of Wing Chun (which are) the five most important principles of the system,” in training to be a dynamic and effective in controlling and destroying the opponent’s aggressive initiatives. These fundamental points being: timing, speed, power, distance and changing as the flowing components to build upon cohesively. Sifu Greg humbly acknowledges that all martial arts aspire to the same goals but what sets Wing Chun apart is its unique concepts, structures, actions, and strategies when engaging in a fight.

Immediately putting into motion the subject matter at hand with demonstration partners, there are continuous examples, with explanations and easy-to-understand details, that bridge the gap between the system’s original Cantonese terminology with a simple context that the audience can easily recognise while employed in action.

Each chapter is clearly prefaced with a descriptive overview, providing the template of focus, as Sifu Greg explosively and decisively delivers many actions and counter actions. Such actions would clearly have a devastating impact and would dissect a would-be assailant’s attacks with surgical precision. These chapters address how to activate the body’s utilities from the ground, through the body, through to the arms and fists as weapons, while learning to adapt to a changing environment that facilitate controlled, direct lines of
attack learned through Chi Sau to bridge gaps rather than continuously seeking to stick to bridges.

Experience is widely recognised as the best teacher, and the instructor’s insights reflect his acknowledgement that there is no absolute technique or action, because a live opponent is determined to inflict damage. To be effective, one must address the live variables that will arise in a fight, to which Wing Chun concepts and mechanics provide solutions. Recognition that the attacker is not a compliant individual who will go through the comforts of classroom practice, maintaining, “the mindset for fighting… and attacking the target,” as the ultimate priority of practical application.

Sifu Greg LeBlanc hits every concept, strategy and target head-on and hard, with his freshman offering. An instalment that any serious practitioner should havein their library, not only as reference material but also as a solid example from which to learn and aspire to reach. 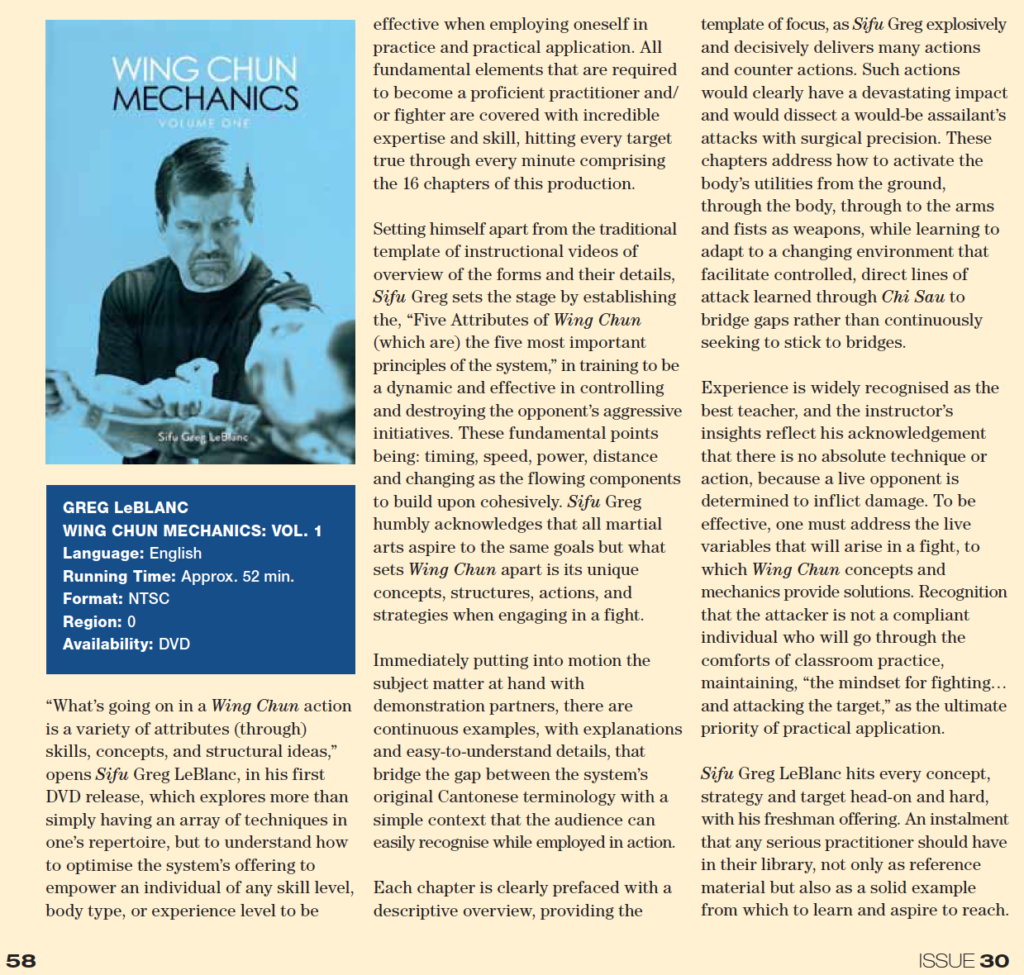