We are always curious to hear the different perspectives of Wing Chun teachers from around the world.   More often than not, from lineage to lineage, or Sifu to Sifu, you will hear different answers to the same question.  Which is why we set out to ask the SAME questions about Sil Lim Tao to a handful of well known WC instructors.

First let’s introduce the Sifus we interviewed for this article. 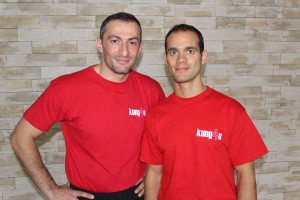 A teaching duo from Germany, whom over the past few years have become very well known in the Wing Chun scene.   Both completed the Leung Ting system, Sifu Sergio’s system, Tang Chun Pak, and trained with many well known marital artists.   Their organization the International Martial Arts Alliance (IMAA) they teach a combination of their experiences with the teachers listed above.  The interesting thing about their organization is that they do not let it grow too rapidly.  Instead, they only allow high level instructors they trust to join, visit their branch schools frequently, ensuring their organization offers only the highest possible quality of teaching. 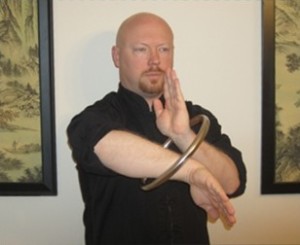 A member of our very own Wing Chun University, where he teaches both Ip Man and Lee Bing Choi lineage. If you are not familiar with Lee Bing Choi method, it originated from Mainland China and is quite different than what many would consider “Ip Man” or “mainstream” Wing Chun.

The emphasis is somewhat different and sometimes redirects attacking energy to the outside of their gate before attacking.   He has studied various styles of Kung fu and has written four notable martial arts and Wing Chun books. 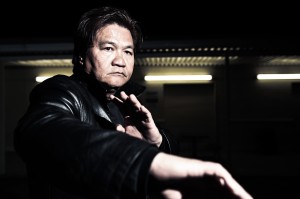 Last and certainly not least, we managed to fire a few questions to Gary Lam.  He is a student of the legendary Wong Shun Leung and is very well known in the Kung Fu world.   Sifu Lam is one of the world’s leading experts in Wing Chun Kung Fu and like his teacher before him honed his skills in tournament fighting and personal self-defense experiences.    He has been teaching for over 20 years and has been featured in numerous martial arts publications.

Let’s get to the questions!

From your perspective, besides learning the basics, what makes Sil Lim Tao so important?

We think it is one of the most important forms, not only because it gives you an idea of some movements and techniques, but it can help you build correct structure. Not to mention it teaches you all the concepts, how to stance, centerline theory, etc.

There is also some information inside you cannot see. For example when you do the first part of the form and do the double Tan Sau, it is not just a two handed movement, it also shows you how to cross your hands, it’s from wrist to wrist, not from elbow to elbow.  It also shows you the distance  from your hands to your body. There is a lot of information inside it like this and it is one of the most important forms.

Aside from the forms focus on the unification of the body’s core kinetic powers sources (Stance, Spine and arm bridge) the Siu Lim Tao greatly enhances the practitioners ability to generate power in multi-directional planes of force. This critical aspect of training is addressed in the Som pai fut “3 prayers to Buddha” section of the form.

SLT is a simplified form of the concentrated essence of the Kung Fu that is Wing Chun. It is formulated from a history of martial art experience. It includes guidance on how to use the different sections of your upper body based on different situations (whether the opponent attacks above chest, below chest, left, right, etc.).

When you get to a higher level, how would you approach Sil Lim Tao?

Everything should be together. Wing Chun is a complete system, no matter what level you are on it all has to come together. For example, when you reach the wooden dummy level, it will completely change how you approach the Sil Lim Tao form, you will understand more about how you have to move your body.

In our own training we will often train the basics. The higher you go, the more important the basics are.  This means we will work on Sil Lim Tao every day.

Currently I work on slowly practicing the form while standing in the Dok lop ma (Single leg horse) to further galvanize the forms structural alignments. In addition I practice more frequently the double bridge arm movements found in the middle of the form, to heighten the development of Inch & long bridge power.

Once you approach a higher level, you begin to worry less about the form and the sequence in general, but begin to focus more on the ideas of how you are creating and generating the shapes and hand techniques through the proper usage of your bones, muscles, and tendons. Energy output through proper breathing is something that tends to get emphasized early on in most curriculum, but not many people truly understand what proper breathing can do that can maximize power. Later on, when you face strong attacks and fast motions from various opponents, your reaction will be different.

Do you train SLT as an internal form? If so, how do you go about it? If not, do you train any other forms to meet a Chi Gong goal?

You can train it internally, but we have a separate form called “San Zhan,” meaning three battles.   This form is great for your concentration, breathing, and build inner power or “neigong.” It is not a difficult form to learn, but it requires a lot of practice and concentration.  Although it looks somewhat like Wing Chun, it is not a Wing Chun form. If you train it, it is the type of thing always becomes more difficult.  The breathing is also somewhat different, your breathing does not coincide with your movements and in a very normal way, again making it very challenging.

Well I’m perhaps a bit off the topic in the sense that for greater personal power and Nei Gong training I focus on a White Eyebrow form called Jik Bo “Straght step” Simply because the entire body’s frame and kinetic power sources are all collectively brought to bear behind liner striking actions. And for further Nei gong work I turn to standing post postures from Yiquan boxing.

No, SLT can be and is only a very simple chi gong exercise. If you truly want to upgrade your chi gong, then you should add other forms of chi gong to expand upon it.

While I was chatting with Sifu Lam, I thought of a pretty important question I skipped over with the other Sifu’s.  Which is:

What is the biggest thing most people look over when learning Sil Lim Tao?

People tend to not understand the difference of the three sections and the different usage and emphasize that they each provide individually. While it is one entire form, people see it too much as just ONE singular idea, when each part offers something that will improve your approach and understanding of Wing Chun.

First we would like to thank all the Sifu’s that were kind enough to offer their time to help educate our readers.

I was glad to hear that all of these teachers suggested that “practicing that basics,” is never something you stop doing. Something I have always thought about is the “circle” or reflection that Wing Chun has to offer.  Meaning, when you move up one level, you often look back to the forms and techniques you previously learned and improve them.  Making the system a never ending circle of refinement. Typically these are the types of concepts I personally practice when I train Sil Lim Tao. Going back and attempting to master the basics.

Clearly I am not an expert in the subject, but I honestly thought that Sil Lim Tao had more internal applications.   For one reason or another I was under the impression you could train up to “intermediate level” Chi Gong with this form.  I’ve heard of people training it for hours, to the point where their skin tone starts change in their hands.   I feel this topic might need more research.

Finally, I whole hearty agree with all the answers from this short collection of interviews, but the one thing that really made me think is what Gary Lam said about utilize proper breathing to “maximize power.”   In my training I always want to attack as hard as I can, but rarely do I personally experiment or study how to achieve maximum attacking energy/power.   Although I am only just starting to understand it, I believe this is the type of concept that can radically alter your Wing Chun for the better and I look forward to incorporating it into my training.

I’m certain all four of these teachers could go much deeper into the subject of Sil Lim Tao.   It would be impossible to share all the “secrets” the first form has to offer in these short interviews.   Our goal was to offer a slightly different perspective to how you normally train and help you think outside your Wing Chun box.    We hope you learned something and remember to share it with a friend who might find it useful.

Why do you think most people skip over in their Sil Lim Tao training?