You might remember the first part of our interview with Sifu Jon Rister.  In this section of the interview we dive into how he met Sifu Franics Fong & Guro Dan Inosanto.

Lets see what he had to say!

How did you meet Sifu Franics Fong? Was there any reason why you decided to train with him and/or seek him out?

This is a rather long story, but the short of it was he was recommended at that time (and to this day) as the premier Wing Chun man by Dan Inosanto. 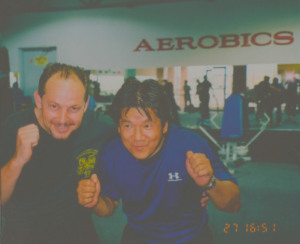 The initial impression was that he was just hardcore, and training under him was too much
to handle. As time went on, I found that his training was rather unique compared to other USA-based sifu’s. Thus, I had to train with him as much as I could, so I set out to do that spending lots of time and money training in camps and seminars and one-on-one sessions. To be honest, all the internal stuff made me want to leave and find a more open teacher.

However when I looked at another sifu and saw that their forms didn’t meet my standard, how could I seriously ask them to teach me anything beyond what Sifu Fong would. As years went by, I came to realize and appreciate his making me perfect my Sui Lim Tau (Sin Lim Tao or Sui Nim Tao). My imagination, mindfulness, mindset, “having no mind” was more important than knowing more of the system.

I realize that more fully now, but at that time, it kind of pissed me off to be 100% honest. But by the time he decided to release the rest of the system to me, I had what it took to understand the training and make it useful. So when you see the weapons part from this point of view, you can hardly argue that the art came from the weapons. Honestly, how could it not have?

When did Guro Dan Inosanto come into the picture? How has his style of training benefited your Wing Chun or overall martial arts ability?

Yes, this is a great question, and I use it to steer my Kali students into Wing Chun.Guro 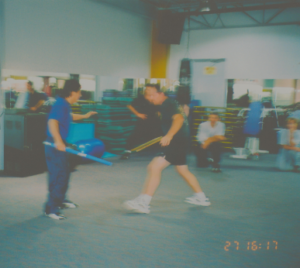 Dan actually came along first. However, it was Wing Chun that heavily influenced and changed my FMA and JKD philosophy. From training in Wing Chun, it is easy to see why Bruce Lee used fencing terms in his JKD. Because of the correlation to the weapons of Wing Chun and JKD, fencing was in a language that westerners could more quickly understand and adapt to (or so he intended). To “see the lines” in Wing Chun is the refinement that would make every person training in any weapons based art better. You see, FMA are line-based systems where you learn line familiarization and identification to help you more quickly adapt to a weapons art. Therefore in FMA, one starts with the weapons and advances to empty hands. In contrast, Wing Chun begins with empty hands first.

The short of it is that Guro Dan Inosanto truly taught me as much Wing Chun as Sifu Francis Fong did. However, Sifu Fong taught me from the inside of the art. Since being taught that Wing Chun becomes you, you could say that he taught me … Myself. I was told directly that no one would ever believe me about Wing Chun being a weapons-based art, and I accept that. However, it will not stop me from trying to get that through to people.

How has training with them affected your Wing Chun philosophy? In other words, how does your Wing Chun world view different from say, Sifu Fong or Guro Dan Inosanto? 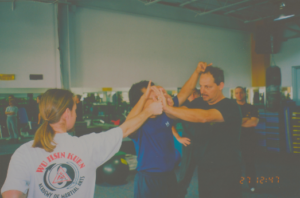 the exact way I teach. They taught me their philosophy, and I am merely an echo. To be honest, I used to scoff when Dan Inosanto told me JKD was a weapons-based art. He would also say, “I do not see any difference between Silat, JKD, Wing Chun, and Kali.” At that time, I would listen and say whaaaat??? But now, I say it and also get the same looks. The truth is, if you asked me five years ago what the difference was between these arts you would have received a much different answer than you will today. The more appropriate question might be why do I see the arts so much differently than my peers under the same two men? The answer would be that very few of us trained to the depths that I did with both men. Some may have had more time with one or the other, but not many have learned as much from both, nor have taught these arts as much as I. I am not saying I am better than anyone, just different.

There are many I respect and look up to. There is Larry Hartsell. May he rest in peace. He was the premier JKD fighter of our time. He was old school, a bruiser who could put a quick hurting on you. He was a quiet man who really loved Bruce Lee, and he was a true student of the art. He had a lot of real life experience and was not afraid to share it. Today, there are a few guys that are training in MMA that I respect. Likewise, my Muay Thai boxing teacher was a hard man that I respected. But the only man who every truly terrified me was Sifu Francis Fong. Every second I was with him, I knew he could outright kill me and not break a sweat( it is like looking into the eyes of a king Cobra that is 18 feet long). This is what gives me the ultimate respect for this art.

It is really too bad that so many people portray Wing Chun as running around doing the straight blast thinking that has anything to do with the fighting art of Wing Chun. That is for training only and if you do not want to hurt someone. But so many teach in this way. What is that old saying? “When the blind lead the blind, both fall in a ditch.”