Many people pursue martial arts for a variety of interests, whether they are for fitness, hobby, relative cultural interest, or for what they provide universally fighting and/or self-defence skills. Picking up a few techniques along the way is inherent if one does not choose the path of a challenge, tournament, or prize fighter, but there is more to becoming proficient than just drilling and practice. 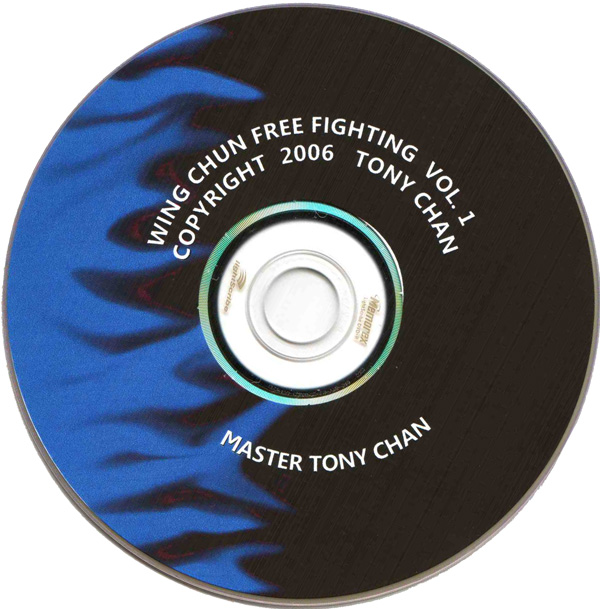 Sifu Tony Chan ventures to impart some of his insights into developing proficient free fighting methods and skills during 55 minutes of the production, which may find the audience challenged to comprehend the audio because of the recording dependant on the camera’s microphone solely and in standard definition.

Sifu Chan introduces his video instalment containing “fighting stances, footwork, the first-hand form of Wing Chun, and many free fighting techniques.” With those words prefacing the subjects to be discussed, the foundation is set with fundamental stances that one can build on toward developing fighting techniques and the quintessential foundation practice of Siu Nim Tau. The first form is played patiently, while subtitles, rather than a running narrative, define each movement played and guidelines how they are to be played. With Wing Chun’s template form established, the viewer is introduced to simple simultaneous block and attack actions addressing basic lines and means of attack of an advancing attacker followed by flurries of finishing punches. The simple attack action of the Taan Sau/punch is then evolved to employ an arm bar in substitution of chain punching as an alternative to managing an opponent then added onto again with the employment of kicking to disable larger and longer body types.

From a disengaged position, Sifu Chan tables engaging an opponent who has engaged you through contact, having one’s arm grabbed or personal space impeded upon. The demonstrations are no frills and move with the quickness known of Wing Chun, so the analysis of the method behind the movement is lost in a blur, resulting in the frames being replayed a few times over and then in slow motion, but without a breakdown of the how and why. The quick and to the point presentation provides Sifu Chan with an opportunity to cover many fighting techniques that viewers will recognise are found in the empty-hand forms and the Wooden Dummy.

The production of this video instalment mirrors what engaging a street attacker is like in its essence. It’s gritty, unpolished and not meant to be visually appealing, but effective. Practice and experience are the best teachers to unlock one’s potential through the system, but perspective can only be shared through the experience of another.

Sifu Tony Chan offers a unique and basic point of view that, through his countering moves, provide in classic Wing Chun fashion with non-fancy means of managing many potential attacks and attackers. 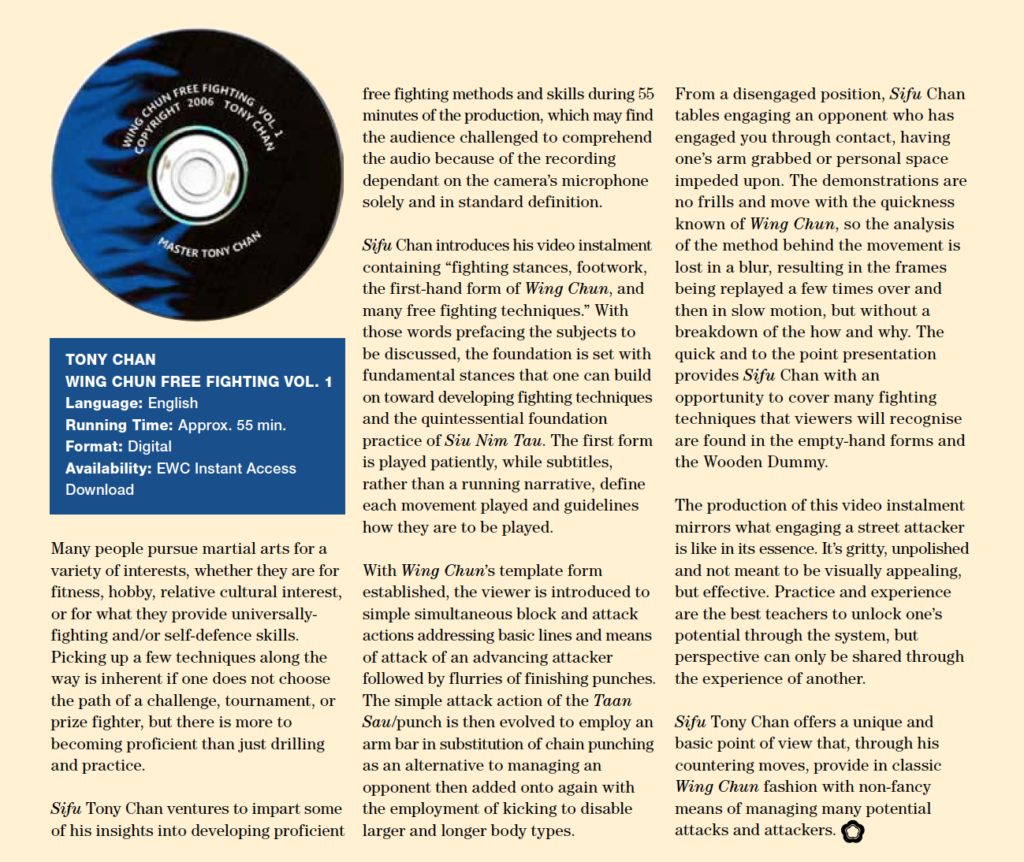