Perennial Wing Chun/Ving Tsun/ Wing Tsun/Wing Tsun, etc. instructor and scholar Sifu Sergio Iadarola, provides another video instalment to his expansive instructional library. This addition has a particular focus on a more popularly known form of Chinese martial arts skill known as Chin Na or, as referenced in the video, as Kam Na Joint Locking, which the presenter defines as, “grabbing and controlling techniques.” From classroom to camera, he jumps into a concise half-hour presentation that stresses points of interest and efficacy for the joint locking aficionado to learn from and add to one’s arsenal in this first of three volume parts. 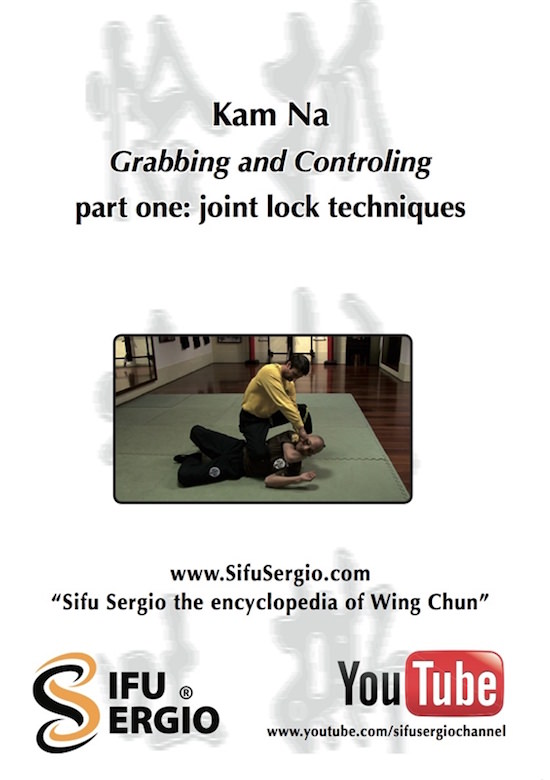 Sifu Sergio immediately addresses that to assume one will magically catch and control an opponent’s attacks in mid-air are naive and best served in choreographed film sequences because if you try you, “would’ve been punched by the other hand (already).” Seems like common sense to most but also a sound disclaimer of reality versus training versus perception of the result. On that note, the subject matter gets down by employing the potential standup applications.

“In standing you can only combine the locking with pushing and pulling,” says the presenter relative to the applications being shown. Simple joint manipulations are the focus of setting the fundamental understandings and mechanics to have them be as effective as desired complemented with where some concepts and movements can be sourced from Sifu Sergio’s base system of IWKA and sourcing Chi Sim Weng Chun. With every demonstration, he also presents the virtual responses of a resistant and non-compliant adversary beyond the comfortable constructs of the drills. Expanding on the adversity that will present itself and how to adapt to the evolving situation with the same self-control of application under pressure adding on the existing potential for simple street weapons such as sticks, bottles, or other items may come into play.

Sifu Sergio also provides the escapes if one falls victim to those same techniques in the event you find yourself on the receiving end of them. The simple counter-actions evolve from static one and two movement drills to what becomes a flowing display of movements that break the structure and the locks alike all the while highlighting fundamental Wing Tjun hands in play. The limb joints are not only subject to the stress of induction but expanded further to apply overall skeletal manipulation and stress.

Grunting, groaning, wincing and tapping adds comic relief at the expense of a demonstration partner (im)patiently awaiting release from the discomfort of having his joints repeatedly wrenched—perhaps with a tone of regret for volunteering for this video installation. Evidence that the practice and application of such action can have serious consequences if not exercised responsibly while highlighting the desired effect of literally and figuratively disabling an opponent.

This video gets a grip on the expanse of demonstrated methods of getting a leveraged grip with an array of weapons that provide possibilities that are no laughing matter. 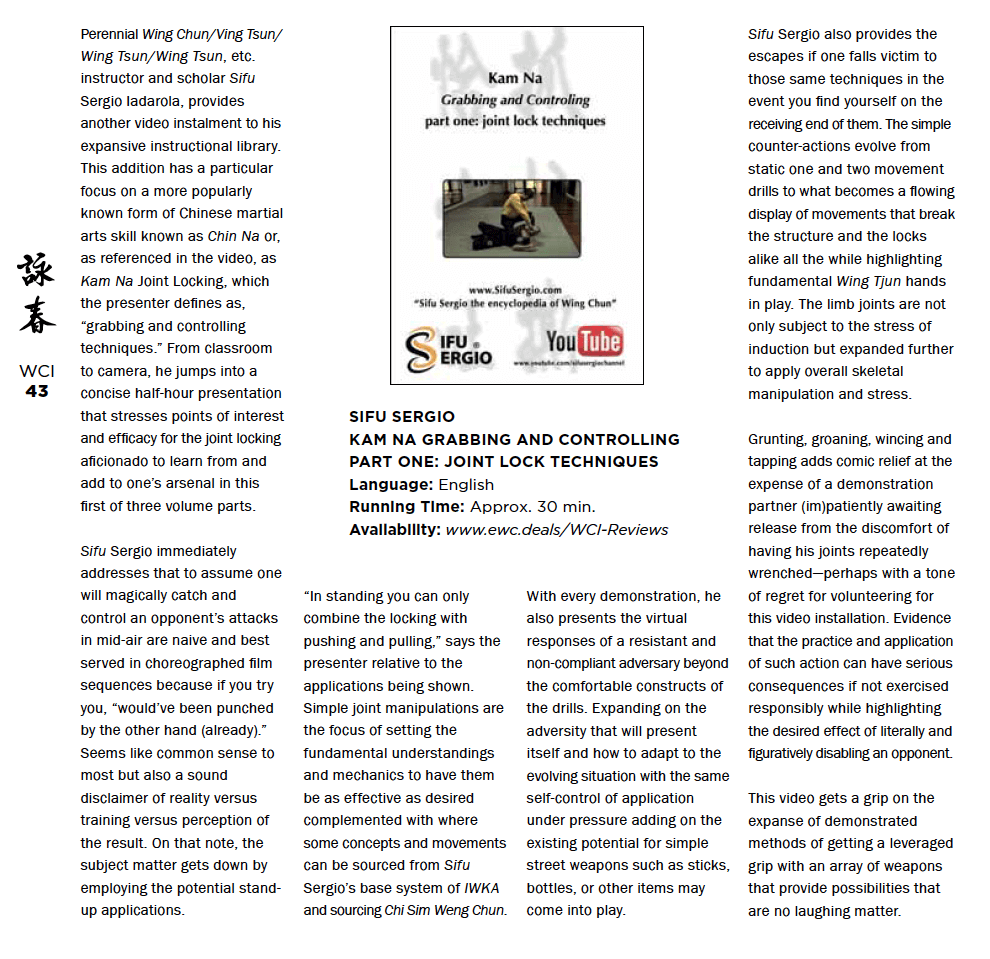