Everyone’s favourite training device, the Ving Tsun Wooden Dummy (Muk Yan Jong), takes the centreline stage for 75 minutes, shot live from the floor of Sifu Clive Potter’s class, where specific attention was given to the apparatus.

Following an overview of the Muk Yan Jong’s history and the relevance of each limb configuration, we engage the practice of the form, its structures and actions with perspectives that cover the angles of engagement from concept to application, from start to finish. 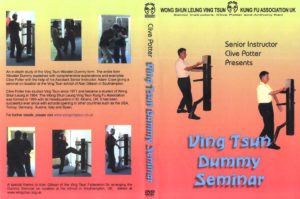 “The dummy is a very important part of Ving Tsun training,” and Sifu Potter breaks down each action, as it appears in the sequence of the form highlighting the particular technique with a supported demonstration in play on the Muk Yan Jong and with a training partner. The actions are also being explored from their origins in Siu Nim Tau, to active movement in Cham Kiu, to Chi Sau drilling, to practical application. Structures supported by concepts, supported by activities, are supported with the energies generated with the employment of overall coordination from the ground up.

A refreshing change of pace, when a demonstration of technique to application is performed, the interacting partner is non-compliant. He reacts effectively to the deficiencies in Sifu Potter’s structure and technique and being victim to the efficacy of the action at hand, made evident with the absence of embellished defeat and the presence of destroyed balance and position of person. Adhering to the credo of keeping one’s actions simple and direct so as not to engage in a back and forth exchange of delivered techniques, enabling the ultimate goal of shutting down an opponent in an effective and timely manner.

The viewer will realise the spotlight is focused on making the content of the Muk Yan Jong work practically, rather than working the dummy. Yes, the entire form is demonstrated, but not in its entire sequence. Instead, it is demonstrated piece-by-piece to communicate that, although the movements appear and are played in sequence, they are not bound to sequential application; each action stands on its own independent capacity to be employed effectively, with particular attention to the proper distance, angle, and timing required for actions to work to their potential beyond playing the arms of self and the training device.

Sifu Potter is consistent in the message of shutting down, controlling, and finishing the would-be assailant when confronted with an adverse situation of violence. Impressing that realisation begins from the empty-hand forms to working with the Muk Yan Jong to create real-time action and feedback that virtually resembles how one acts and reacts to challenging energies and lines of engagement. Sifu Potter chases the core of what each technique can offer from working the core of every Ving Tsun practitioner’s non-animated training partner of choice. This instalment earns four out of four limbs. 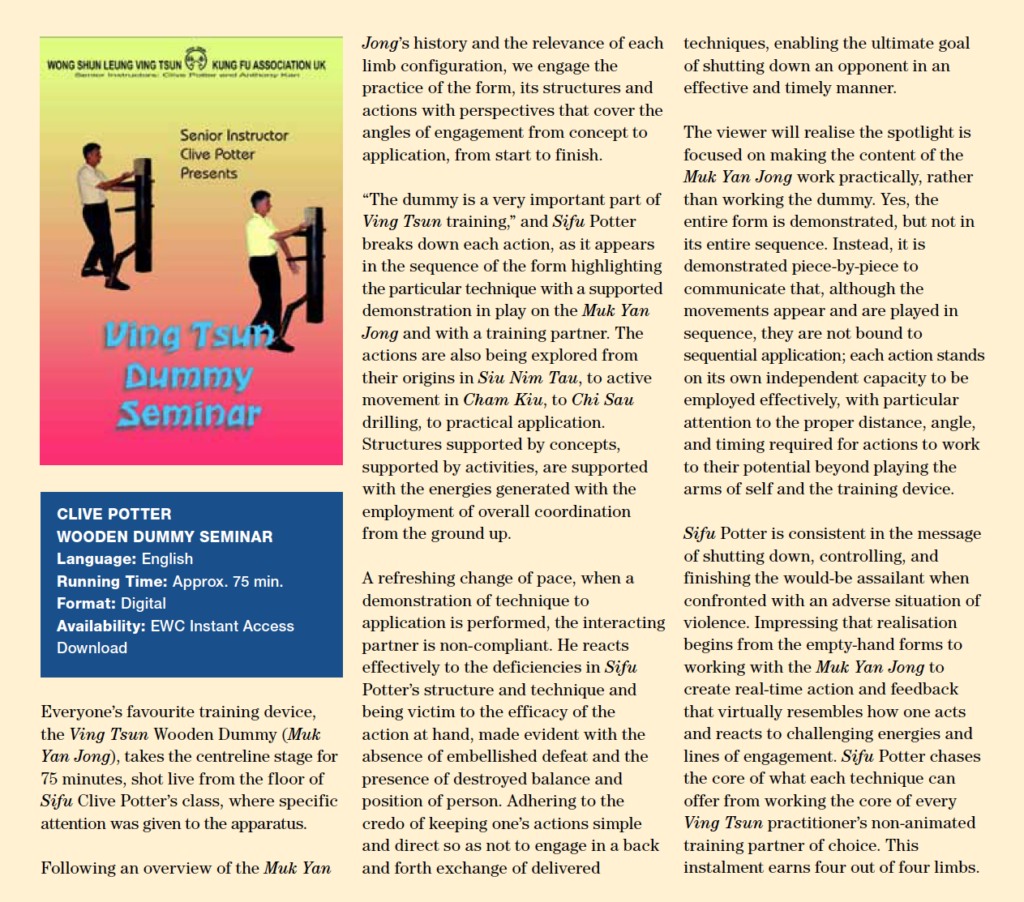