A few TV Shows/Movies EWC has helped with, or had products in.

Everything Wing Chun has been involved with, or sold products to, quite a few TV shows and movies over the years. While nothing so glamorous as doing the fight choreography for one of the Ip Man movies or training one of the actors in Wing Chun like some of our Wing Chun friends have, it is still nice to be involved in our own way. Especially since the owner has written, acted, and done some fight choreography of his own back in the day. So these are just a few of the shows the company Everything Wing Chun has been a part of in a small way.

Martial Quest (Season 2 Ep 13):
Discovery Channel came to us asking for recommendations on lineages and teachers to film their show with, after seeing our School and Sifu database on the Wing Chun Archive (now ewingchun.com). We gave them the top few lineages for producing fighters in Wing Chun as well as the names of top Sifus in these lineages. While none of the people we directly recommended were involved in the program, a lineage (Wong Shun Leung’s was one we recommended) was. They contacted some of the people we recommended and eventually found Sifus to film with. You can see the special thanks to EWC owner, Aaron Cantrell, in the credits of Season 2 Ep 13 of the show.

ABC’s Revenge (Season 4 Ep 08):
For ABC’s revenge we simply provided some dummy pads for the scene below. Obviously, they wrapped them up 🙂 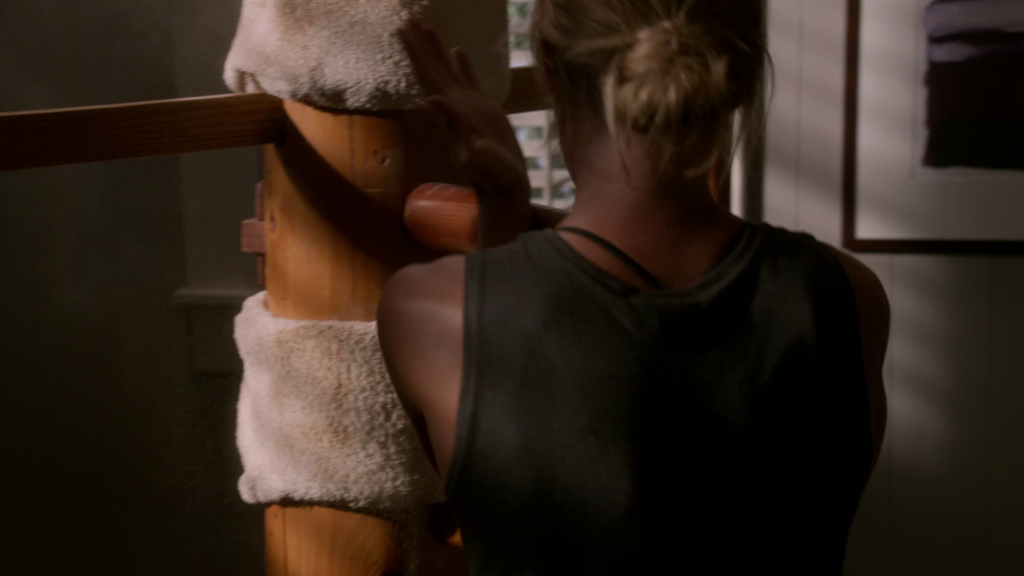 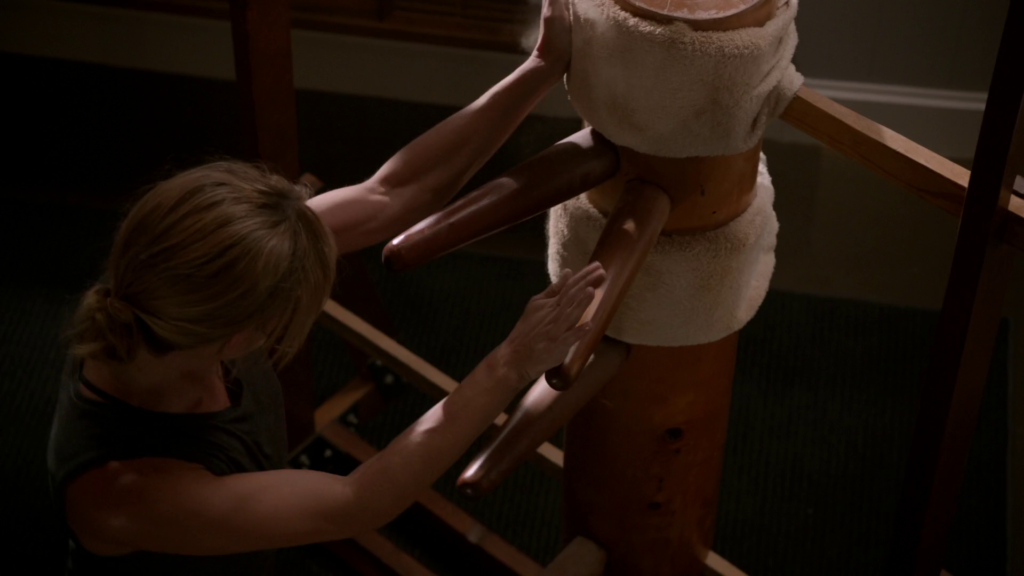 The dummy arm did not come from us. Ours don’t break 🙂 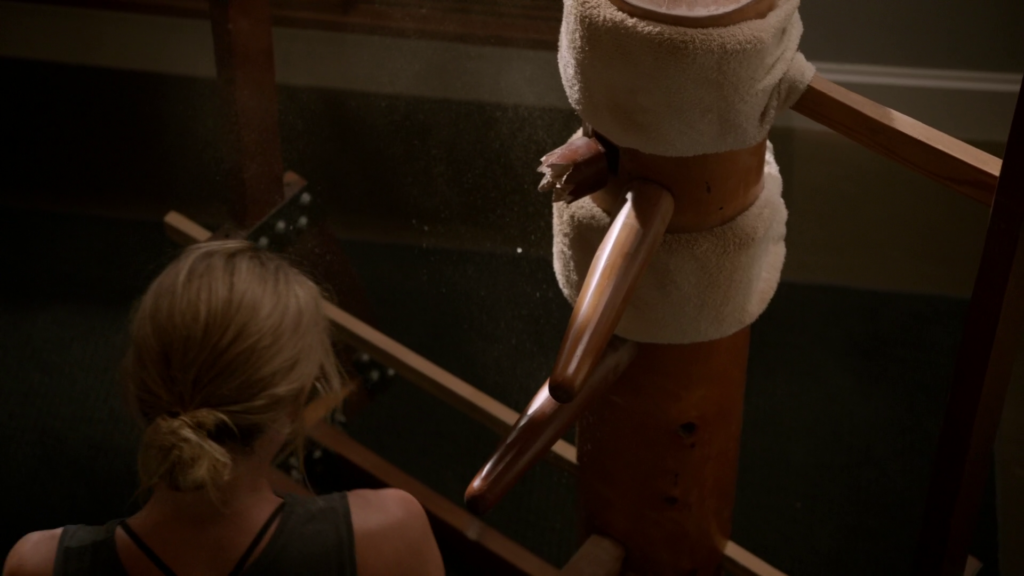 Netflix’s Daredevil (Season 2):
Season 2 of Daredevil needed a bunch of long poles and wooden dummies for the training room and some extra scenes. You can see the white oak poles in one of the shots Eli is getting hit… but Dummies line the walls on all sides. Looks like a great place to train! 🙂 Most of the dummies are the MasterPath Free-Standing models. A few are wall mounted models. There is one bamboo laminate dummy in there as well on frame floor stand. 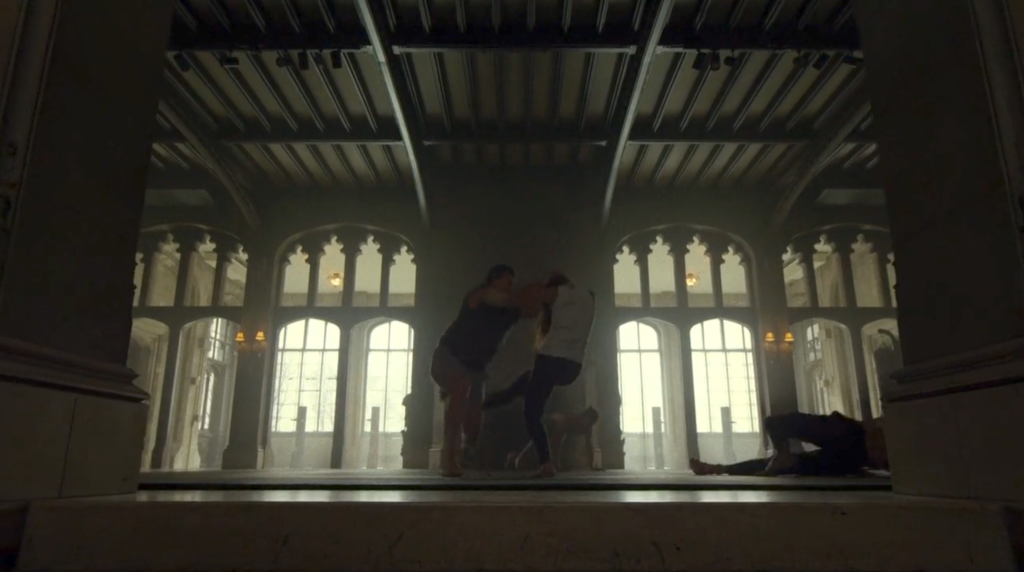 Have you noticed how many superheroes train in some form of wing chun now? Iron Man, Green Arrow, Electra, Daredevil? And dummies are showing up in all of their training rooms. From Nikita to Mr. Bean to Jean-Claude Van Johnson (an Amazon Original show), wooden dummies are definitely a way to show you are officially bad-ass. We talk about that a little bit on Kung Fu Tea. Here is a homemade dummy used in Green Arrow: 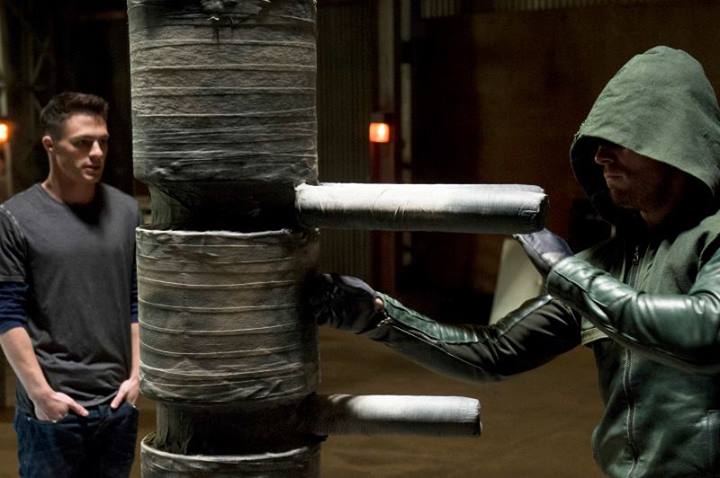 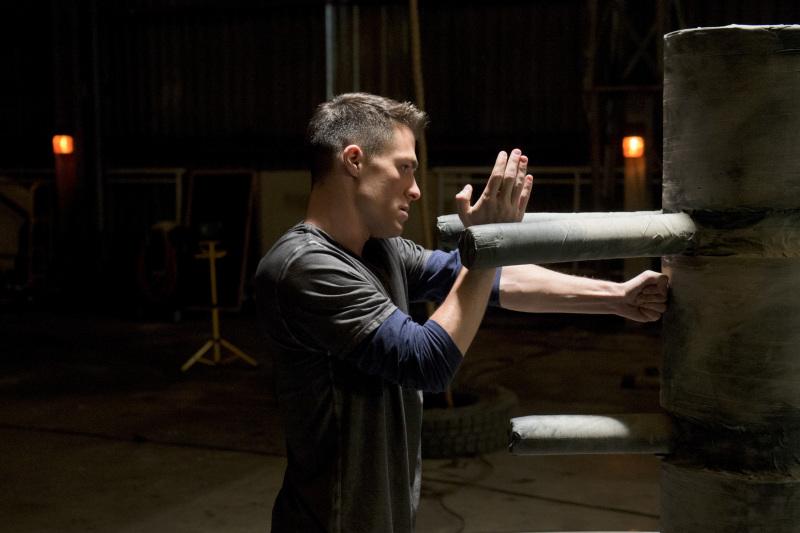 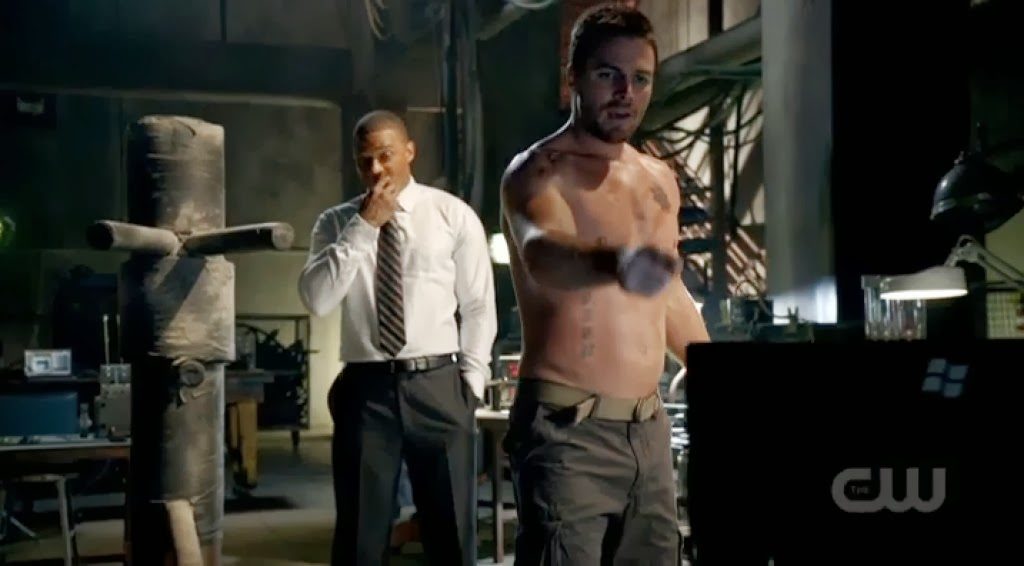 In one episode of the Green Arrow, the black Canary even suggests in training Wing Chun! At least they gave a nod to the actual martial art the wooden dummy comes from! Great job guys.

and learn some moves yourself! 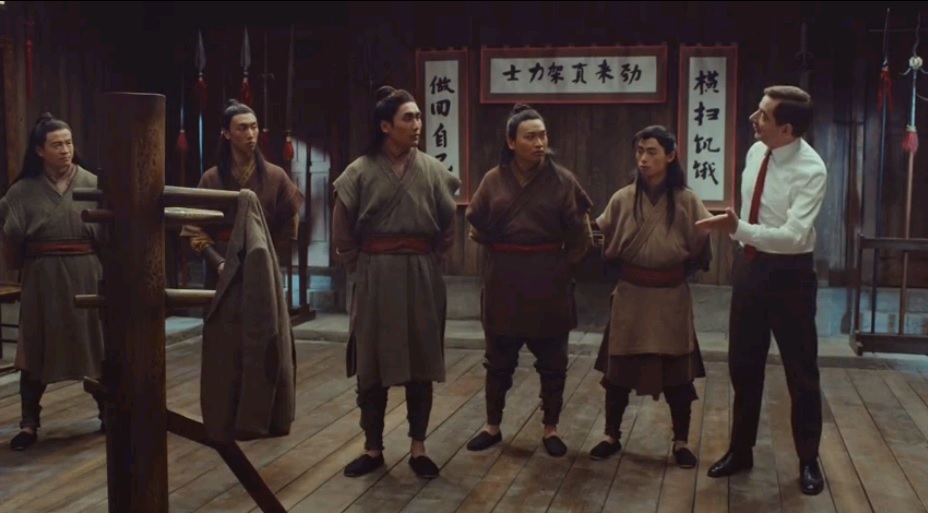 Ip Man 3 Opening
Our Buick Yip swords were given as presents (to Mike Tyson) and used at the demo during the opening. We have a separate post for that here:
https://www.shopwingchun.com/buick-yip-swords-given-mike-tyson-ip-man-3-opening/ 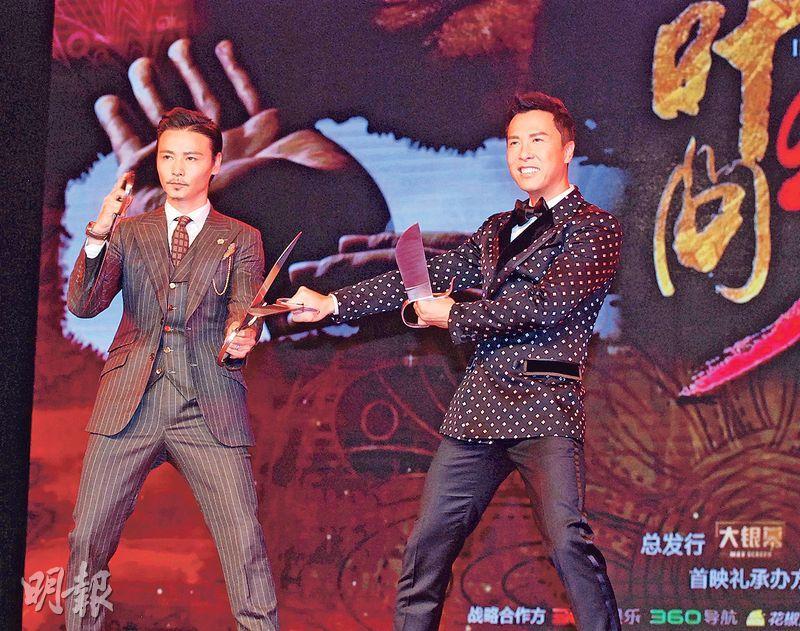 In additional our Bruce Bao long poles were used in the Ip Man 3 demos: 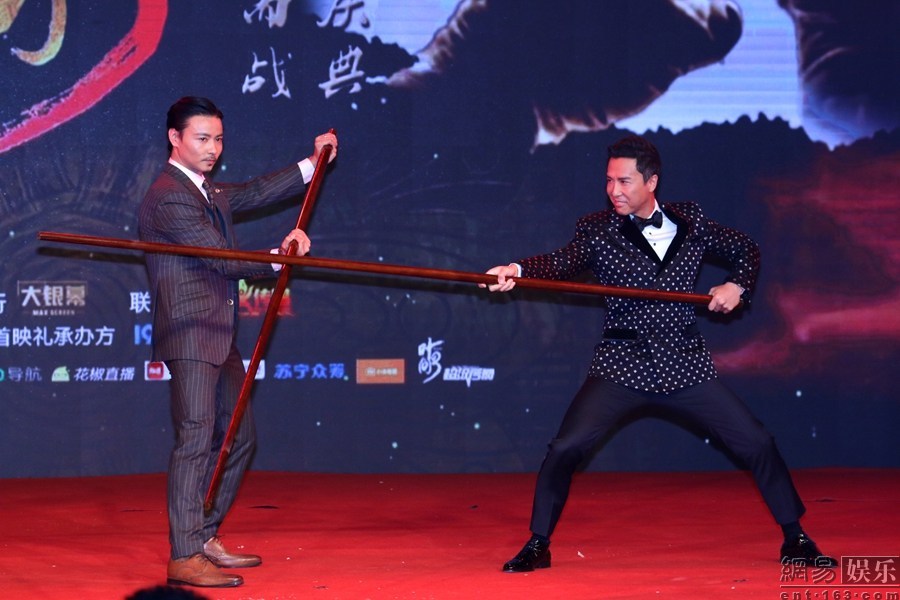 More…
– There are a bunch of other shows that have bought swords, bags, dummies and pads. We never really thought about publicizing them, so have been remiss on keeping track of the shows and our products in them. But we’ll let you know more as we find screenshots. If you see something that looks like one of EWC’s products in a TV show or movie let us know! If it is a legit product of ours we’ll hook you up with a discount for your next order!